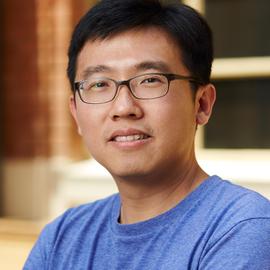 The University of Adelaide

Tat-Jun Chin is Professorial Chair of Sentient Satellites at The University of Adelaide. He received his PhD in Computer Systems Engineering from Monash University in 2007, which was partly supported by the Endeavour Australia-Asia Award, and a Bachelor in Mechatronics Engineering from Universiti Teknologi Malaysia in 2004, where he won the Vice Chancellor’s Award.

Tat-Jun’s research interest lies in optimisation for computer vision and machine learning, and their application to intelligent satellites and space robotics. He has published more than 100 research articles on the subject, and has won several awards for his research, including a CVPR award (2015), a BMVC award (2018), Best of ECCV (2018), two DST Awards (2015, 2017) and IAPR Award (2019).